Parishioners angered over plans to close their church 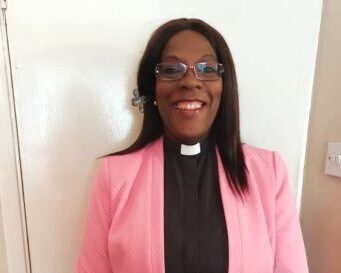 A CHURCH in the Diocese of Southwark is asking parishioners to write against a pastoral measure that would dissolve the parish and dispossess the incumbent.

The Church of All Saints, Spring Park, could cease to be a parish church.

According to the plan, the parsonage house together with the site and grounds would be transferred to the Southwark Diocesan Board of Finance to be held by the Board as part of the diocesan glebe land of the Diocese.

However, the parishioners have organised a protest against the closure, arguing that the current incumbent is ‘being forced out unjustly’. They are inviting responses to the plans, maintaining that the Bishop of Southwark should be working with the community to redevelop the church site.

A consulting architect’s scoping document claimed that the church, in the London Borough of Croydon, requires urgent repairs. The document was ‘designed to facilitate and active opening engagement dialogue between the Rev Yvonne Clarke(the Incumbent) and other interested parties.

It explains that of the options available to the PCC, the one with most was the sale of the land to a developer, to fund repairs and improvements to the church, and that improvements to the church could include new facilities and rooms in a simple and complementary extension. New, more manageably sized rooms could be created and hired out to the community as well as used by the church so it could continue to function.

However, the PCC Church Secretary, James Clarke, explains in his letter to the local Labour Party MP Sarah Jones, that while the church in recent years has had some financial difficulty, some of which was inherited,plans to regenerate the wider community and integrate multi faith groups were not looked at by the diocese.

He writes that the Bishop of Southwark, the Rt Rev Christopher Chessun, has drafted a plan under the church pastoral reorganisation measure to close the parish church, but parishioners have ‘wholly rejected and opposed the plan on multiple times’.

“The Diocese of Southwark have opted not even to speak with those concerned to look at this viable route but have instead opted to close the parish, whilst at the same time, removing the incumbent vicar’s post, the Rev Yvonne Clarke. But also to remove her from the Church of England completely, as no further employment in the same or higher grade has been offered,” he said.

“This is unprecedented for the Church of England, and within the long run would make the Rev Yvonne Clarke, who is the first black female deacon in the Church of the England, as well as one of the first females to be ordained a priest jobless and homeless,” he added.

A note to parishioners explains that the Commissioners have been told by the Bishop that the rationale behind the diocesan proposals is the ‘result of ongoing concerns about the financial viability and capacity for governance and mission going forward’.

It says that the Bishop held a Visitation to the parish in 2016 and in early 2019 the Archdeacon of Reigate produced a report outlining proposals for the best provision for ministry and mission in Shirley.

The option retained the All Saints church building as a resource for new forms of ministry going forward, exploring the possibilities of pioneer ministry in due course. Whilst a post of incumbent status would be lost, the Diocese ring-fenced the post for new expressions and forms of ministry under the supervision of the incumbent of Shirley (St John).

It explains that the option would result in the dispossession of current incumbent, the Rev Yvonne Clarke,but she would be entitled to12 months of her current stipend and pension contributions as a lump sum, and to be housed in suitable accommodation for the same 12 month-period.