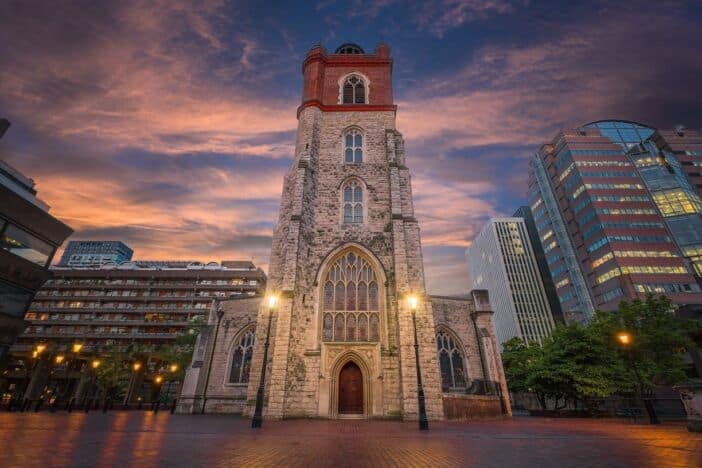 Church attendance enquiries are often focussed on analyses by denomination, churchmanship or people’s age.  But looking at the catchment area or environment of where people attend church  can also be of significance.

Such is greatly helped by the comprehensive Digest issued by the Government Statistical Service, the latest edition of which is dated March 2021.  It compares the rural and urban populations in England.  Those living in rural towns, villages and hamlets are one-sixth, 16%, of the total population, while those living in urban areas (major and minor conurbations, cities and towns) are 83% of the population, the remaining 1% living in what are called “sparse settings,” mostly remote rural areas.

Churchgoing analyses don’t follow quite the same classifications which muddies direct comparisons, but those living in commuter rural areas are 10% of all churchgoers, and those in remoter rural areas (which would include sparse areas) are a further 7%, and the total of these two is 17%, the same as the total in the general population.  Urban and suburban churchgoers form the remaining 83%.

The general population proportions have not changed over the last 20 years, even though both rural and urban populations have increased.  Churchgoing proportions have changed slightly, even though the number of churchgoers in both broad areas have decreased.  In 2000 the rural proportion of churchgoers was 18% whereas now it is 20% – actually a loss of 120,000 churchgoers, almost certainly because the majority in rural areas are elderly and many will have died in that period.

In the general population the average age of those living in rural areas is 45, while in urban areas it is 39 (these are 2019 figures).  For churchgoers, estimates for 2020 put the rural average age at 51, and the urban average at 50, so there is not the disparity seen in the general population.  Why is that?  Unlike the general population, measured by just living somewhere, churchgoers are measured by the action of going to church.  In rural areas, public transport is less available, and services are held less frequently.  It may be that in rural areas it isn’t the case of elderly churchgoers not going to church but perhaps not being able to get to church, so it is more likely to be the under-80s who are active in rural churchgoing, those older depending on the availability of lifts.

The Table shows the percentage of churchgoers in each of the different environments used for measuring church attendance (green rows) between the years 2000 and estimated for 2020, and the average size of congregation for these years also (brown rows).

The bottom line shows the percentage drop in average congregation size over the past 20 years.  The largest drops are in Remoter Rural attendance and on Council Estates.  The smallest drop is in the Inner City areas where so many Pentecostal churches are located.  The last column shows we have lost a fifth of our churchgoers in the last 20 years, an average of about 1% per year.

There are only three environments where the percentage of churchgoers in 2020 is greater than in 2000 – City Centres (growth mainly growing larger churches), Inner City (growth due to the planting of many Pentecostal churches as well as congregational growth) and Suburban areas (also where many church plants have taken place).

Dr Peter Brierley may be contacted on [email protected].

Churchgoing: comparing city and rural attendance added by CEN on 13/05/2021
View all posts by CEN →