The gospel way: moving from lament to action 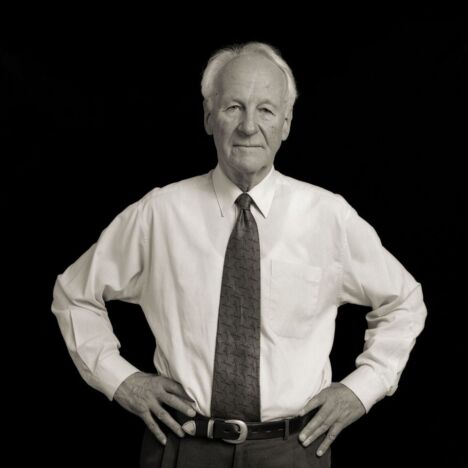 I am writing this a day after the celebration of John Stott’s (pictured) centenary. It was a truly international event which portrayed a man who understood the global mandate of the gospel. As people of every colour, language and tongue came on the screen and talked not only about gospel partnership but about friendship; I got the impression that John Stott really understood the visioning Revelation and sort to live it out.

“There before me was a great multitude that no one could count, from every nation, tribe, people and language, standing before the throne and before the Lamb….  And they cried out in a loud voice: ‘Salvation belongs to our God, who sits on the throne, and to the Lamb.’” Revelation 7.9-10

It turned out to be a much needed ‘hope station’, following the week that we had the week before. You may recall ‘that’ week began with the Panorama programme on BBC ‘Is the Church Racist?’. The same week saw the guilty verdict come in of George Floyd’s murderer. And then, of course, the Church of England’s report ‘From Lament to Action’ was published. Celebrating the life of this global gospel man showed me again what is possible.

It’s easy to get caught up in terminology and to fight about whether the report Lament to Action is too influenced by Critical Race Theory and therefore anti gospel, as some people see it. To fight about ‘whiteness’. Even to wrangle about the term ‘Black Lives Matter’ vs ‘All Lives Matter.’ The wrestling and the exchange of many words that one sees on social media can so easily side track us. I think what we can agree is that it’s not controversial to say that the Church of England is institutionally racist. We have admitted it ourselves.

We have listened to painful stories that have filled us with shame or remorse. Now we are being called to move from lament to action, it ensures that racism in our church is a thing of the past. Not for any reason other than the recognition that tackling racism is a Gospel issue and the good news of Jesus is part of the solution not part of the problem. As Jesus’ disciples, we are caught up in the redemptive work of Christ, with its global mandate.

For me it’s really important that our response to this call to action begins with repentance. At the heart of the Christian gospel is the call to repentance:

‘Therefore repent and return, so that your sins may be wiped away, in order that times of refreshing may come from the presence of the Lord.’ Acts 3.19.

The call is first and foremost, of course, a call to salvation; but this life giving rhythm of repentance, forgiveness and a fresh start gives us hope as we seek change. New life follows repentance. As such, what I long to see is all of us who belong to the Church of England owning that this ‘institutional racism’ has happened on our watch and for each of us to search our own hearts and think about how we might have contributed to this. I have done this painful work myself. I have been a part of the Church of England since September 1999 when I arrived from Zimbabwe. So I want to say, racism has happened on my watch and I want to repent of my part in it.

What has been my part? I hadn’t realised that I had been a part of what people have been calling a conspiracy of silence. I have repented of that and although it can be painful to talk about it, for the sake of our institution, the church that we love – I will not stay silent. I repent of my silence, which I recognise was partly due to pride. I was silent because I didn’t want to be seen as a victim.So the action that has followed my act of repentance is that now I speak when I see discrimination in action.  I am seeing culture change in some of the organisations that I am involved in.

What I’m finding is a really encouraging openness and receptiveness. Sometimes people say and do things out of real ignorance of their impact on others and when loving challenge is presented to them, repentance has seen its fruit. I realise now that unless they are told, they may never know. So that’s been my personal action. Lovingly speaking into silence. I wonder what yours has been/will be? We all need to come in front of the ‘Institution’ and admit that this has happened on our watch.

So again, what might you say? Maybe that you were oblivious, complicit or silent, as I was? The first act has to be repentance, then change will come.

If our first action – individually and collectively – is repentance, change will come. Action that flows in the wake of that repentance is the kind that fills me with hope. The kind of hope that was fed at the John Stott centenary.

This is a gospel issue, one where the rhythm of repentance, forgiveness and a fresh start will lead to newness of life and lasting change as we embed a vision of a global community of brothers and sisters sharing in gospel partnership for the good of our nation and beyond.

Esther Prior is vicar at St John’s Church Egham