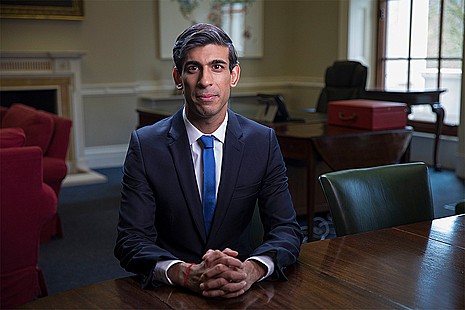 Church leaders stepped up pressure on the Chancellor Rishi Sunak, after the speaker of the House of Commons blocked the chance for politicians to vote on an amendment that could reinstate the 0.7 per cent aid target.

The Archbishop of Canterbury, Justin Welby, said pointedly that the foreign aid cut “is indefensible”.

Last November the Chancellor of the Exchequer announced, as part of the Spending Review, a temporary reduction in the UK’s aid budget from 0.7% to 0.5% of national income.

He said this was due to the seismic impact of the pandemic on the UK economy.The Government plans to return to 0.7% when the fiscal situation allows.

This would mean the UK will spend more than £10 billion this year on overseas aid in an overhaul which would see a “greater impact” for every pound spent, according to the Chancellor.

On Monday, a group of Conservative MP’s were denied a debate on an amendment tabled by the former international development secretary, Andrew Mitchell. So far, the House of Commons has not had an opportunity for a decisive vote on maintaining the UK’s commitment to the statutory target of 0.7 per cent. The speaker said he expects the Government to find a way for the House to formally to take an effective decision.

The Bishop of Southwark, Christopher Chessun, said that for the first time he asked Southwark MPs to vote in a specific way in the House of Commons”.

He said, “Honouring the 0.7% GDP commitment is a matter of high moral order.”

Christian Aid’s Director of Policy and Public Affairs, Patrick Watt, pointed out that the government had found unprecedented sums to respond to the pandemic on the domestic front. “The claim that UK aid commitments are unaffordable doesn’t wash,” he declared, “the 0.7% target means that aid volumes go down if the economy shrinks, and the ‘savings’ are inconsequential in terms of the UK budget”.

“They’re very consequential for some of the world’s most vulnerable communities that are reached by UK aid. We have heard that in the case of Yemen there has been no assessment of the impacts of the cuts on women, or disabled and internally displaced people, and by the UK Government’s own admission, these cuts are happening without any due diligence.”

The Foreign Secretary set out 7 global challenges where it can make the most difference, including climate change and biodiversity, COVID and “global health security”, girls’ education with a global commitment to get 40 million girls into education and 20 million more girls reading by the age of 10.

However, the move has been heavily criticised.