A novel view of a dysfunctional future 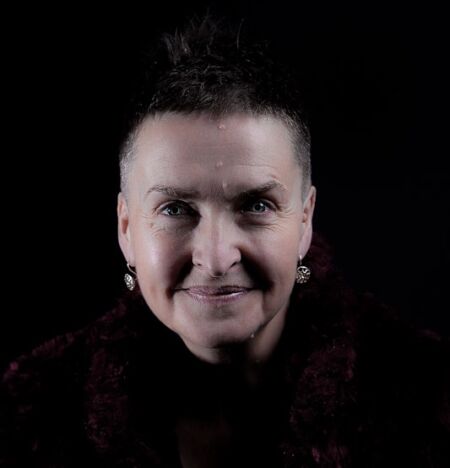 I owe debt of thanks to the Church of England Newspaper for all those years I spent writing a weekly column.  Some of you will remember ‘A Novel View of the Week’.  In all, I think I kept it up for around 14 years.  It taught me to write to a deadline, regardless of whether I was feeling inspired.  It also obliged me to keep an eye on current events, and make connections (however tenuous) to church life and matters of faith.  Looking back, this was an excellent training for the kind of novels I am currently writing.

I began this crazy game of blogging novels ‘in real time’ in 2013 with Acts and Omissions.  I was aiming to give a modern twist to the Victorian serialised novel, and write a kind of soap opera, or The Archers, for the C of E.  I had the plot worked out for Volume 1, and I kept to the contours of the church year and wove in a few current events to add verisimilitude.  Volume 2, Unseen Things Above, followed on logically, and mapped rather nicely onto Trollope’s Barchester Chronicles, by posing the question ‘Who will be the next bishop of Lindchester?’  It was a chance to focus the crosshairs of my satire on some of the processes and debates within the church, exploring them the way fiction always does—via the characters.  Again, references to the local and national politics of 2014 found their way into the narrative, on the grounds that the characters would be talking about them.

Each time I completed a volume, I vowed it would be the last.  But it writing right up to the wire is curiously addictive.  It’s bit like going on a rollercoaster.  You spend the entire time screaming in terror, but as you stagger off in relief, thanking the good Lord for sparing you, part of your brain (fried on adrenaline, no doubt) is already shouting ‘Again!’  So I set off for a third ride on the blogging equivalent of Alton Towers’ Oblivion.  And just to make it even more fun, I didn’t really have a plot at.  A rollercoaster with no safety harness.

Still, how hard could it be to make it up as I went along?  Well, this was 2016.  Somewhere around early May, I woke up to the fact that I needed to be paying a bit more attention to the approaching EU referendum.  I ended up writing a kind of hybrid fictionalised social history/theological reflection on the events of that year, processing my own reactions via the cast of characters.  When I released the final weekly episode, I swore that this was definitely, definitely the last time I bought a ticket and queued up for a year of stark writing terror.

Except I hadn’t quite finished thinking about the characters and their lives, and wondering how they were getting on.  My mind strayed to the diocese of Lindchester all the time.  I wrote a few Lindfordshire of short stories in the coming year or two, and finally decided that I’d create a series of 12 podcasts, one story a month, loosely based on the names of the full moons.  Tales from Lindford, it would be called.  I made endless notes, but never got round to releasing a podcast.  This was last year.  The weeks of 2020 ticked by.  Tick, tick, tick, as though some cosmic clock was counting down.  I sketched out the first story.  The final line read ‘And quietly, with barely a jingle of harness, another horseman of the apocalypse sets out to ride in a distant province of China.’  Did that sound ridiculously portentous?  Well, I could always delete it for the published book version, if this new virus scare proved to be a false alarm.  But something warned me that my sense of foreboding was to be taken seriously. I needed to start blogging the year in weekly instalments after all, to capture it as it happened (whatever ‘it’ turned out to be).  The first instalment went live at 8pm on Sunday in the week when, for the first time in centuries, there was no public worship in our church buildings.

I now think of 2016 as a gentle warm-up routine for blogging in 2020.  I had a couple of sketchy plot strands for Tales from Lindford, and the original full moon names idea.  Other than that, all I had was the characters and COVID-19.  But isn’t that all that any of us had last year—one another, and COVID-19?  I tried to capture it all, and reflect on it; all the tiny isolated lives, like little separate screens on a Zoom call, lonely people waving at one another and longing, longing to be together again.  An old hymn runs throughout the book, one I used to sing in the Baptist chapel where I grew up: ‘God be with you till we meet again.’  The novel ends on 31st December 2020 with those words.

The novel ended, but the pandemic wasn’t over….  No.  Absolutely not.  I stuck my fingers in my ears, and sang la-la-la, but I could hear the dreadful siren call of the blogging rollercoaster.  Readers have noticed that the last two times I set out to blog a novel, I picked the worst years in living memory.Now that I’ve begun blogging Volume 5 of the Lindchester Chronicles—The Company of Heaven—what fresh hell is going to overtake us?  A giant asteroid six months away, and heading towards the earth?  I could end up blogging the end times of the human race.  Good Lord, deliver us!

We are very small, and our lives are precarious.  The pandemic has taught us that.  Whatever happens in 2021, I can only continue doing what I’ve been attempting all along—to explore the glory and the tragedy of the human condition in the context of The End, and to keep my hopes fixed on the Good Lord, and the limitless possibility of deliverance.