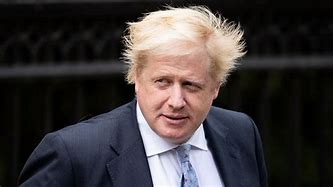 The Prime Minister will continue to have a role in advising the Queen on appointing bishops, following a week of speculation over Mr Johnson’s supposed conversion to Roman Catholicism.

The questions have arisen following Mr Johnson’s marriage last week at Westminster Cathedral. A Roman Catholic prime minister would be barred from having a role in episcopal appointments.

Robert Peston posed the question to Mr Johnson, on his ITV show. The Prime Minister responded: “I don’t discuss these deep issues, certainly not with you. Mr Peston pointed out that the leader of the opposition had declared his non-belief in God. Mr Johnson quoted Psalm 14: “The foolish man hath said in his heart there is no God.”

This exchange followed an article in The Times by political editor Tim Shipman which quoted a Downing Street source stating that the Lord Chancellor will advise the Queen on the appointment of bishops in the Church of England. Mr Shipman quoted his source stating: “The palace can designate another minister to advise the Queen. The lord chancellor looks like the one to be nominated. It’s an incredibly anachronistic thing that a Jew or a Muslim could nominate a bishop but not a Catholic.”

It has now been officially denied that Mr Johnson has converted to Catholicism and will be passing on his duties to the Lord Chancellor.