The enduring influence of Vatican II on the world wide church 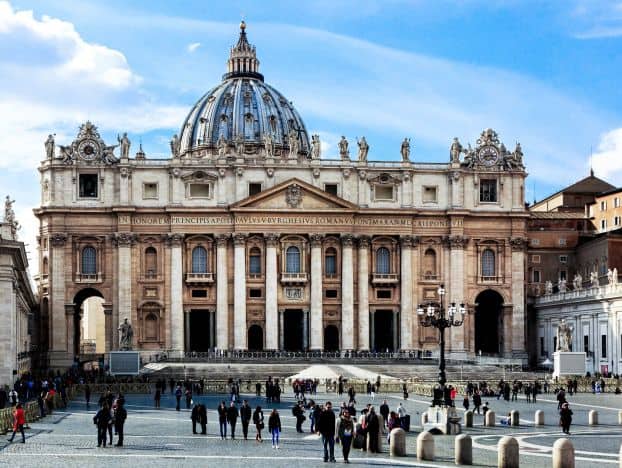 The Cambridge Companion to Vatican II

As Richard Gaillardetz points out in his introduction to this important work, efforts to assess the impact of Vatican II have been hindered by what he terms a Catholic version of the ‘culture wars’ with conservatives claiming the Council was pastoral and brought about no doctrinal change and radicals seeking to put the Council’s stamp of approval upon whatever policies they favour.

No one reading this book can doubt that the Council did produce significant changes in the life of the Catholic Church but that it was often able to build on developments that had already begun, not least in the work of an impressive group of German and French theologians that included such figures as Karl Rahner, Henri de Lubac and Yves Congar. The first six chapters of this book seek to set Vatican II in context and show that while Rome opposed the ‘new theology’ the picture was mixed. The encyclical Divino Afflante Spiritu , for example, promulgated by Pius XII paved the way for acceptance of biblical criticism.

My main criticism of this work is that it does not seek to assess the influence of Vatican II beyond the Catholic Church or see it as a significant event in the life of the world-wide church. This is especially true of the impact of the liturgical changes it encouraged in Anglicanism and many other churches. David Turnbloom does refer to this in his chapter on liturgy, pointing to such WCC documents as Baptism, Eucharist and Ministry as showing the influence of the Council.

There were a number of ecumenical observers at the Council, 54 during the first period and over 100 during the final period, and these were able to have influence through mixing freely with the council fathers and by making their views known to the Secretariat for Promoting Christian Unity. One of the examples of their influence was the introduction of the notion of ‘hierarchy of truths’ into a Council document. The Council gave a whole new impetus to the movement for Christian unity even if it recognised problems remained about ministry. It also set the Catholic Church on a new course in relations with other faiths which also had an influence on other churches.

Those who try to claim Vatican II introduced no significant changes struggle to explain the teaching on religious freedom and freedom of conscience in contrast to the old view that ‘error has no rights’. But another important change, highlighted by Brian Flanagan, was a new stress on the importance of the Holy Spirit. Lumen Gentium emphasised the Spirit’s role in the life of the church and in the lives of the faithful. This new emphasis on the Holy Spirit was influential beyond the ranks of the Catholic Church and helped to stimulate the Charismatic Movement.

A stress on mission which Stephen Bevans sees at the heart of the Council’s teaching also resonated beyond the Catholic Church as Protestants came to emphasise that all mission was God’s mission and the church was by its nature missionary.

One of the most important Council documents was Dei Verbum, the Constitution on Divine Revelation. This began by saying its purpose was to enable the entire world to hear the good news of salvation and so spread belief, hope and love. Richard Gaillardetz devotes an important chapter to the Council’s teaching on Revelation, emphasising that God calls us into a relationship with himself, speaks to us in words and deeds and that the summit of revelation is Christ himself. One theologian who was influential in promoting this understanding was Joseph Ratzinger.

Another theologian influential in the Council’s teaching on Revelation was Congar, who stressed the unity of scripture and tradition with tradition seen as  a living dynamic reality in which the Spirit is leading the church to the fullness of truth. Much debate and confusion could have been avoided in other churches if they had followed Vatican II in holding that scripture is without error ‘in what it teaches us for the sake of our salvation’, not in other matters it might talk about.

Unlike his two predecessors the present Pope was not present at Vatican II but there is no doubt that he is seeking to implement the Council’s teaching.  A good example of this is the stress he places on collegiality and the importance of synods and Bishops’ Conferences. Here he parts company with his predecessor. Unfortunately not all the bishops are ready to follow his lead, certainly not those in the English-speaking world who have failed to take advantage of the freedom the Pope has offered to Bishops’ Conferences to oversee liturgical translations. As a result of episcopal timidity, Catholics are stuck with a barbarous English translation of the mass that leaves many who have to use it crying out for something better.