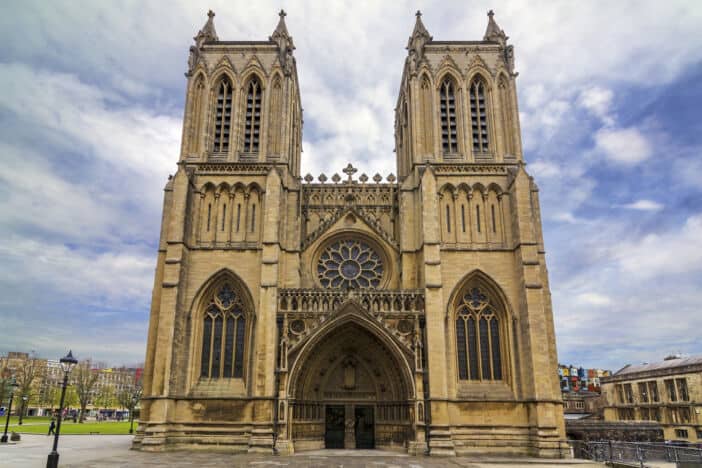 Church leaders will commemorate the lives of those enslaved by slave owner Thomas Daniel in buildings where there are memorials. Daniel was Alderman and Mayor of Bristol.

At a meeting, which was also attended by Bishop Joe Aldred, formerly of Churches Together in England, Gloria Daniel presented a document highlighting memorials to Thomas Daniel and his family in churches around the country. This includes the rose window in Bristol Cathedral and a memorial in St Mary’s Church, Henbury.

Gloria Daniel is the great-great granddaughter of John Isaac Daniel, who was one of 4,424 people enslaved in 1834 on a plantation owned by Thomas Daniel.  Thomas Daniel and his brother John were compensated the equivalent of millions of pounds in today’s money as part of the Slave Compensation Act 1837, for the ‘freedom’ of John Isaac and these enslaved people.

The diocese said that the move to commemorate the lives of those enslaved by Thomas Daniel formed part of a wider commitment by the Diocese of Bristol to address concerns over memorials with links to slavery, and other ‘contested heritage’, as it seeks to honour those whose stories have previously been untold, and to give voice to communities who have suffered injustice.

Following the meeting, the Bishop of Bristol, the Rt Revd Vivienne Faull, said:“Following the killing of George Floyd in May 2020, I made a series of public commitments as Bishop to tackle racism and to acknowledge and repent of the Church’s past involvement in and benefit from the slave trade.”

Gloria Daniel said:“Allowing stained glass tributes to be erected to the honour of men such as Thomas Daniel and his sons and the direct ties to the clergy, within that family, inextricably links the Church of England to these crimes against humanity.”

The diocese recently welcomed the national church guidance calling for parishes to assess monuments of possible contested heritage, which presents a range of options and considerations for churches and cathedrals, together with suggested models for local consultation and discussion.