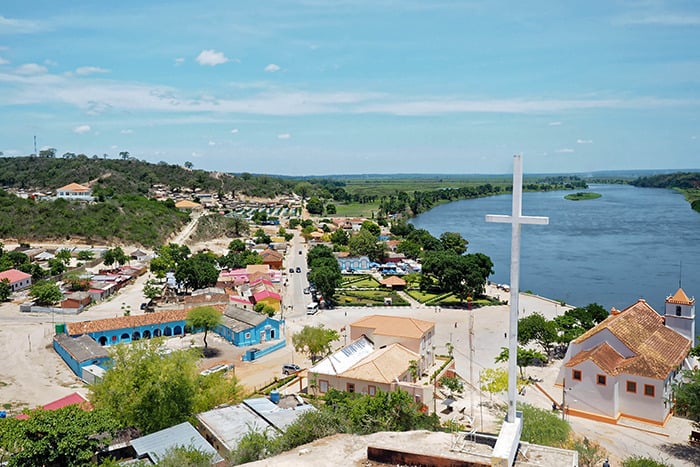 The new Presiding bishop-elect of the 42nd province of the Anglican Communion praised the contribution of historic figures from abroad who have worked in Mozambique and Angola which has led to the creation of a new province.

Bishop-Elect, Carlos Matsinhe of the new Anglican Church of Mozambique and Angola (IAMA) said: “When I look back right to the beginning of the entry of Anglicanism in Mozambique and Angola, I thank God that the seeds that were planted have grown, are flourishing, and bearing fruits.”

“Throughout the history it was bishops, priests, and particularly lay people, from abroad and from every village where the Anglican Church has set its foot, that have worked for more than a century to bring about the growth that we can visibly see today.  We are challenged to continue bearing fruits that can abide.”

“After all the bad things of colonialism, it has also left good things. We have many areas and aspects that we share as Mozambicans and Angolans both in history, in our cooperation as brother and sister states, and members of SADC [Southern African Development Community] and Lusophone states.There is a lot that we share and that is a blessing for us. We want to deploy that to make the church grow more and more, he added.

IAMA became the 42nd member of the global Anglican Communion of Churches at the conclusion of the Provincial Synod of the Anglican Church of Southern Africa.

“I am delighted for this journey of faith, planting another province within the Anglican Communion”, Archbishop Thabo Makgoba said. “We look forward to the Archbishop of Canterbury inaugurating the new province and welcoming the Acting Presiding Bishop.Since the vision for a new Portuguese-speaking province was first mentioned in my charge to our 2019 Provincial Synod, we have moved from four dioceses to nine.

“Although nothing replaces eyeball-to-eyeball contact, we have managed to conduct the process virtually. We are grateful that it has been possible to do it efficiently and cost-effectively.”

The canons and constitution of the new Province were adopted at a special synod presided over by the Primate of the Anglican Church of Southern Africa, the Archbishop of Cape Town, Archbishop Thabo Makgoba, where Bishop Carlos Matsinhe of Lebombo was chosen as the Acting Presiding Bishop of IAMA and Bishop Andre Soares of Angola as the Dean of the Province.

Last year ACSA celebrated the 150th anniversary of its establishment as a province. The required two-thirds approval from the Primates was achieved on 18 August, granting IAMA independent provincial status as a member church of the Anglican Communion. In a letter to Archbishop Thabo confirming the requirement had been met, the Secretary General of the Anglican Communion, Archbishop Josiah Idowu-Fearon, said: “All that remains is for me to celebrate with you in the birth of the new province, pray for its leaders and people, and for you and your staff as you prepare for the synods and inauguration.”

The first Anglican diocese in Lusophone Africa, Lebombo, was established in 1893 in Mozambique. Anglican missionary work in Angola began in the 1920s but it wasn’t until 2003 that a missionary diocese was established as part of the Anglican Church of Southern Africa.

The elections of bishops for the new dioceses will take place between March and May of 2022.