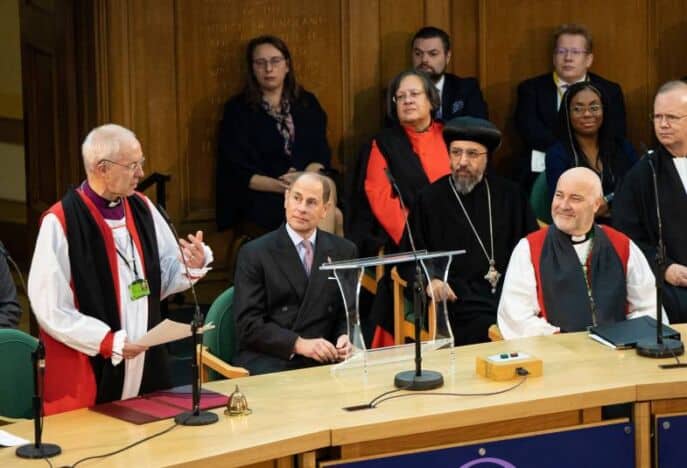 In a message to the opening session of the 11th General Synod of the Church of England, the Queen, who was unable to attend for the first time, described the last few years as “particularly hard” for people of faith.

The message read by Prince Edward, said that people of faith had faced “unprecedented restrictions in accessing the comfort and reassurance of public worship.”

She described the lockdown as a “time of anxiety, of grief, and of weariness,” adding that” the Gospel has brought hope”, saying that the Church “has adapted and continued its ministry, often in new ways – such as digital forms of worship.”

The Queen referred to the “weighty responsibilities” inherited by members of the Synod.

“You may have to consider proposals on governance, on conduct, on the use of resources, and on other issues; and on a vision for the future of the Church.”

She said, “In some areas, there will, of course, be differing views and my hope is that you will be strengthened with the certainty of the love of God, as you work together and draw on the Church’s tradition of unity in fellowship for the tasks ahead.”

The Queen also reminded the Synod that “Christians are entrusted with the ministry of reconciliation,” and that “the deepening of relations across the great Christian traditions has been a continuing priority since the first General Synod in 1970.”

The Queen said she was “pleased to note the enhanced cooperation between the Church of England and the Church of Scotland, as well as the sustained ecumenical links between many churches, in the pursuit of Christian unity.”