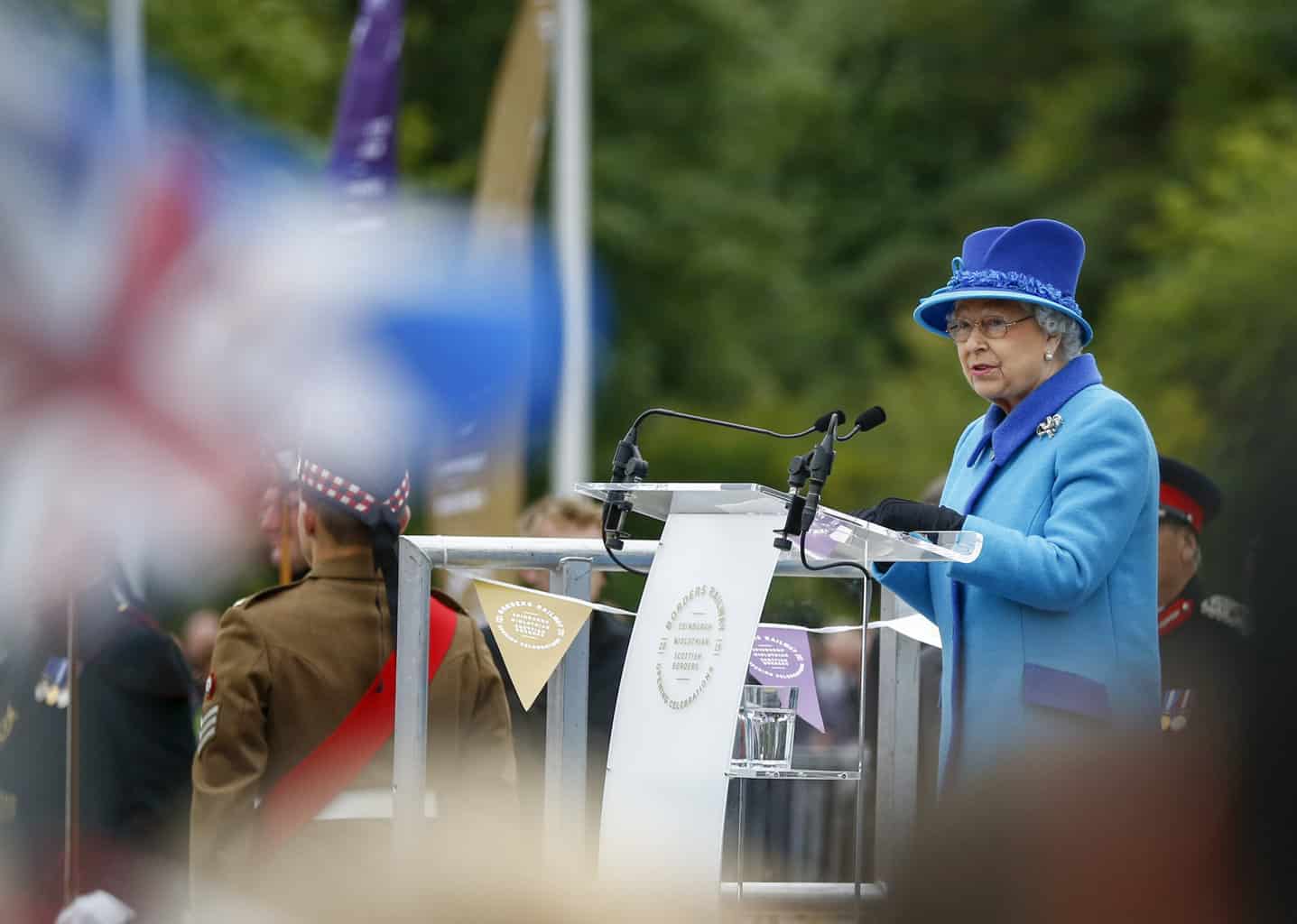 It was a privilege I could never have imagined as a working-class lad from a council estate in Dagenham, to meet the Queen and spend time in her company. And indeed in 1991 when Eileen and I were driven to Windsor Castle to pay homage to Her Majesty I had to pinch myself.

Shown to an impressive suite of rooms overlooking the long drive, two valets busied themselves in unpacking our cases. We laughed when we found that we had been given separate bedrooms in which our underclothes were unpacked neatly in gauze. I hunted for my white ecclesiastical ‘rochet’ needed for the Homage, which I eventually found on a hanger alongside Eileen’s nightclothes.

Homage is a form of commitment made by bishops and Cabinet ministers. It is a ceremony and an oath which the Queen takes extremely seriously and is a moving and special moment for all of us who have taken part in it. Dinner followed with Prince Philp, Princess Margaret and a few guests and at one point a waiter murmured quietly in Eileen’s ear when a meat dish was being passed round, “Please don’t take three pieces, Mrs Carey, Mr Kinnock has taken three and there won’t be enough to go round.” It was reassuring to see that economy reigned at Windsor Castle.

As well as getting to know the Queen when I was Bishop and Archbishop, and spending time in her company, in overnight stays at her homes, in audiences, at public functions and state occasions, I was able to observe the role that a deep Christian faith played in the life of not just the Queen, but other members of the family. The Queen Mother and Princess Margaret in particular shared with the Queen a very visible and real practising faith. The latter sometimes came for Holy Communion at Lambeth Palace. She had very firm views and would have no truck with ‘newfangled’ services, and the Book of Common Prayer rite would always be used when she was present.

After her death I learned from her family that she often expressed her thoughts in written prayers. She wrote a beautiful hymn to the Holy Spirit:

Who by thy Spirit

When we with worldly things commune

And prayerless close our door,

We lose our precious gift divine

To worship and adore,

Then thou, O Saviour, fire our hearts

The faith of Prince Charles, was equally real as expressed in worship. Like his father, his faith was a much more intellectual process and he enjoyed engaging in theological discussion and exploration. He, like his father, was impatient to see religious leaders working together for the common good, and for the environment and it was this that lay behind his wish expressed controversially to become ‘defender of faith’ rather than ‘defender of the faith’. He has now of course, adopted the title ‘defender of the faith’ and is much more at ease with the idea of the hospitable establishment of the Church of England. He is secure in his own faith and able to reach out to others from Christian foundations of love and hope.

But these thoughts about the future and King Charles III, come amid the devastating shock to millions of people around the world of the Queen’s death. And it is right to reflect on her life above all at the current time.

It is hard to believe that, after 70 years, she is no longer here with us. It is only those of my generation who can remember the last coronation and indeed have a reflex memory of singing ‘God save our Gracious King’. What a lot for a younger generation to get used to. Indeed, she has been the one constant element in the lives of most of us. We are left with memories as well as gratitude for this remarkable human being whose distinctive hallmark has been duty and service.

Among the many moments when I met the Queen during my time as Archbishop of Canterbury, one stands out. It was 20 November 1997 when Her Majesty and Prince Philip chose to celebrate their Golden Wedding Anniversary in a service of dedication in Westminster Abbey with 50 other couples who had achieved the same milestone.

As I conducted this wonderful service, blessed them and gave them Communion, I saw not only the great affection each had toward the other, but also the sense of service that bound their lives together. Indeed, the idea of bringing 50 other couples into their own personal celebration was a hallmark of the Queen’s remarkable humility and dedication to her people.

She has always put the needs of her kingdom and her office first. She wanted to share that day with others.

Divisions within the Royal Family today will not cloud how she is remembered or her reputation, as they very nearly did in the 1990s when the Queen experienced her “annus horribilis” after the breakdown of the marriages of three of her children – played out under the full gaze of the world’s press. On the eve of the Golden Wedding anniversary, shocking poll figures revealed a dramatic decline in the popularity of the Royal family. Some even believed that the end of the Monarchy was near.

That now looks like a very poor prediction. Satisfaction with the Queen herself was always high and she was always appreciated for her unswerving devotion to her nation and Commonwealth. Indeed, in an age where our political leaders seem so obsessed with the opinion polls, and their supporters conspicuously employ the dark arts of spin-doctoring, she has been the trusted, authentic and reliable “brand” above all others.

The irony may well be that the very last public act the Queen did was to grant the new Prime Minister, Liz Truss, the authority to form a Government.  Her Majesty’s very first prime minister was the incomparable Winston Churchill, who led us out of a World War. It is now the task of Ms Truss to lead us out of another bleak period. I hope, therefore, that our new Government will learn from the Queen’s selfless example that their purpose as ministers of the crown is to serve the nation. I pray that all our public servants set their minds to emulating her in the dark and difficult days ahead.

But we should not forget the role of Prince Philip alongside her. Part of her died when he was laid to rest last year. His unswerving support, sharp intellect and down-to-earth humour, were qualities that gave her strength and courage in the hard times, as well as the good.

It is true that the Queen was given to few words, at least in public. But every Christmas, her authentic voice was heard through her Christmas message to the nation and Commonwealth. Done with the utmost seriousness, this was the place where she spoke with most candour about her own personal faith and spirituality. Indeed, her faith, in my opinion, was the source of her duty and commitment and kept her going through all the hard times she has had to endure.

The Church talks about the sacramentality of ministry – that is to say, it is a lifelong response to a calling from God to serve as long as one has any breath left in one’s body. The Queen served in that kind of way; not for herself, but for others. She lived with the conviction that she had been chosen to be Queen, following in the steps of her beloved father.

The Queen is dead. We are right to mourn this quiet and private lady whose life is an example to us all. But it is not over. The monarchy continues and her own son, patient in waiting, is ready to begin his reign. I am confident that he will serve with the same commitment, energy and devotion.

Lord Carey was the Archbishop of Canterbury between 1991 and 2002. This is a longer version of an article also published by Daily Telegraph, Friday 9 September, 2022.